Grace Presbyterian Church was founded in January of 1980. It was planted in Orleans by Reverend Gordon Kouwenberg. The Church began meeting in Terry Fox Elementary School until we built our own building on Old Tenth Line Road that had its dedication service on November 25th, 1989.

Grace Church grew, spreading out into the community. We participated in many events missions, both on our own and with other churches. From Gracefest to Summer Day Camps, we moved forward to do God's good work in our community.

You can watch the 40th Anniversary Service here or in our service archives. 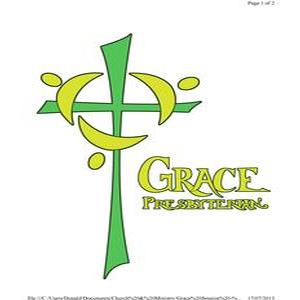 Videos For the 40th Anniversary

A Message From Nancy Brown


To my Grace Church family,

Greetings to all of you on this wonderful occasion, celebrating 40 years of God’s incredible faithfulness to Grace church.

As one of the 38 founding members of this congregation, it's a privilege and an honour to share with you just a few special moments of those early days which I recall and think about so often.

They were days of excitement, challenges, and hard work - not so very different from today as you face new challenges, especially this year, trying to deal with everything related to COVID-19. But, as it was in the beginning, you have survived and by God's goodness and faithfulness, you will continue to do so. And, as God says in 1st Samuel, "thus far the Lord has helped us". I stand in awe and amazement of how prayers have been answered in building up this congregation.

The founding pastor Gordon Kouwenberg, as a very young man, was sent to Orleans, in May of 1980, to establish the first ever Presbyterian church in Cumberland township. A small group of us went door to door in the community passing out literature, inviting people to come and worship. In September of that year, our 1st service was held at Convent Glen school.

January 4th, 1981 was another exciting moment when 38 of us joined Grace church. The name Grace was chosen as it was so significant in realizing God's love and mercy and all He was doing in our midst. All of the chartered members have now either passed away or moved to other parts of the country with the exception of Joan Prashad, who continues to be actively worshipping at Grace. 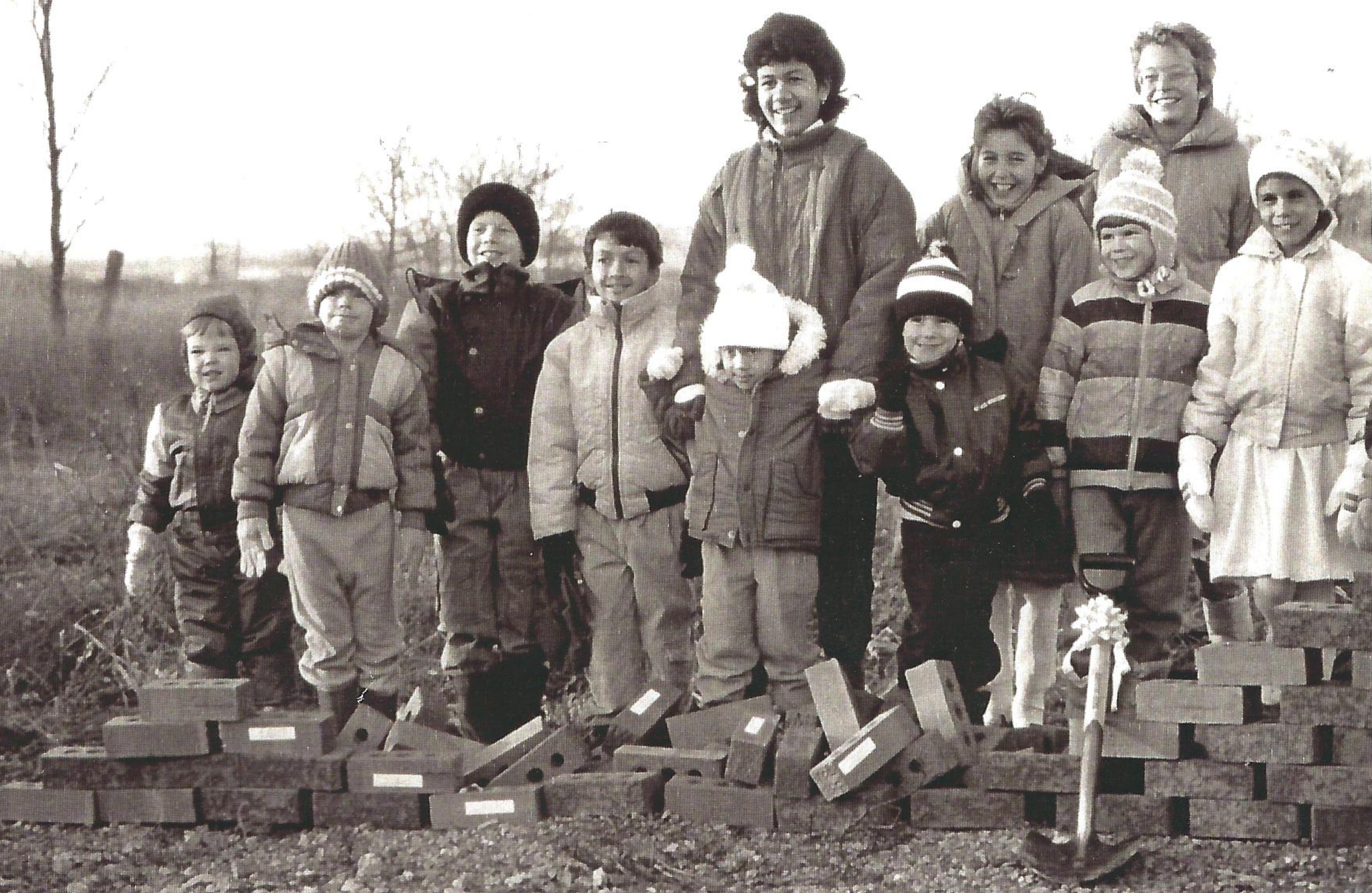 In 1984, only 3 years after the founding of Grace church, the land site was chosen. We didn't know when or how we would ever build or where the money would come from, but we trusted God completely to provide. And, that He did. With continual prayer and our belief in giving 25 percent of our monthly income to missions, combined with the incredible donations from individuals, local businesses, and many churches both within and outside the Orleans area, we moved ahead.

October 30th 1988, on a very cold, mosquito ridden day, more than 100 people came together to dedicate this land to the Glory of God. With tears in the eyes of many, we looked over to the horizon beyond and sang “TO GOD BE THE GLORY, GREAT THINGS HE HATH DONE”. The following summer, in 1989, work was begun on the building. We had approved an original design at the cost of $15,000. Although it was paid for, this was suddenly scrapped because GOD had other plans. For two solid weeks we were challenged to pray faithfully twice a day for the future of Grace church. Some even joined pastor Gordon in prayer on this property early in the morning and evening to discern God's will for the building. And thus, this current building became our place of worship. BUT the church isn't about a building, but rather about the people. Quickly, the first session was elected and from that began many of the ministries that are still alive - Today.

An integral part of our worship has been music which has flowed through such talented musicians as Lyn Quinn, Connie Penner, and most recently, Kevin Russell.

My friends, always remember in your prayers the faithful and spiritual men of God who shepherd you so tirelessly. Pastor Gordon was solid in preaching the word of God and the importance of accepting Christ into our lives. He was followed by pastors Jim Statham, Dan MacKinnon and more recently pastor Jonathan Dent, all of them being incredible men of God who never waver from the truth of HIS word as written in the holy scriptures.

The years pass, and changes are always occurring, but God remains the same - yesterday, today and forever. We don't know what the next 40 years will bring, maybe even the return of Jesus when we, as Christians, will all be together once again, in our heavenly home.

Blessings and love to each of you on this, the occasion, of the 40th anniversary of GRACE PRESBYTERIAN CHURCH. TO GOD BE THE GLORY GREAT THINGS HE HATH DONE.

A Message From Connie Penner 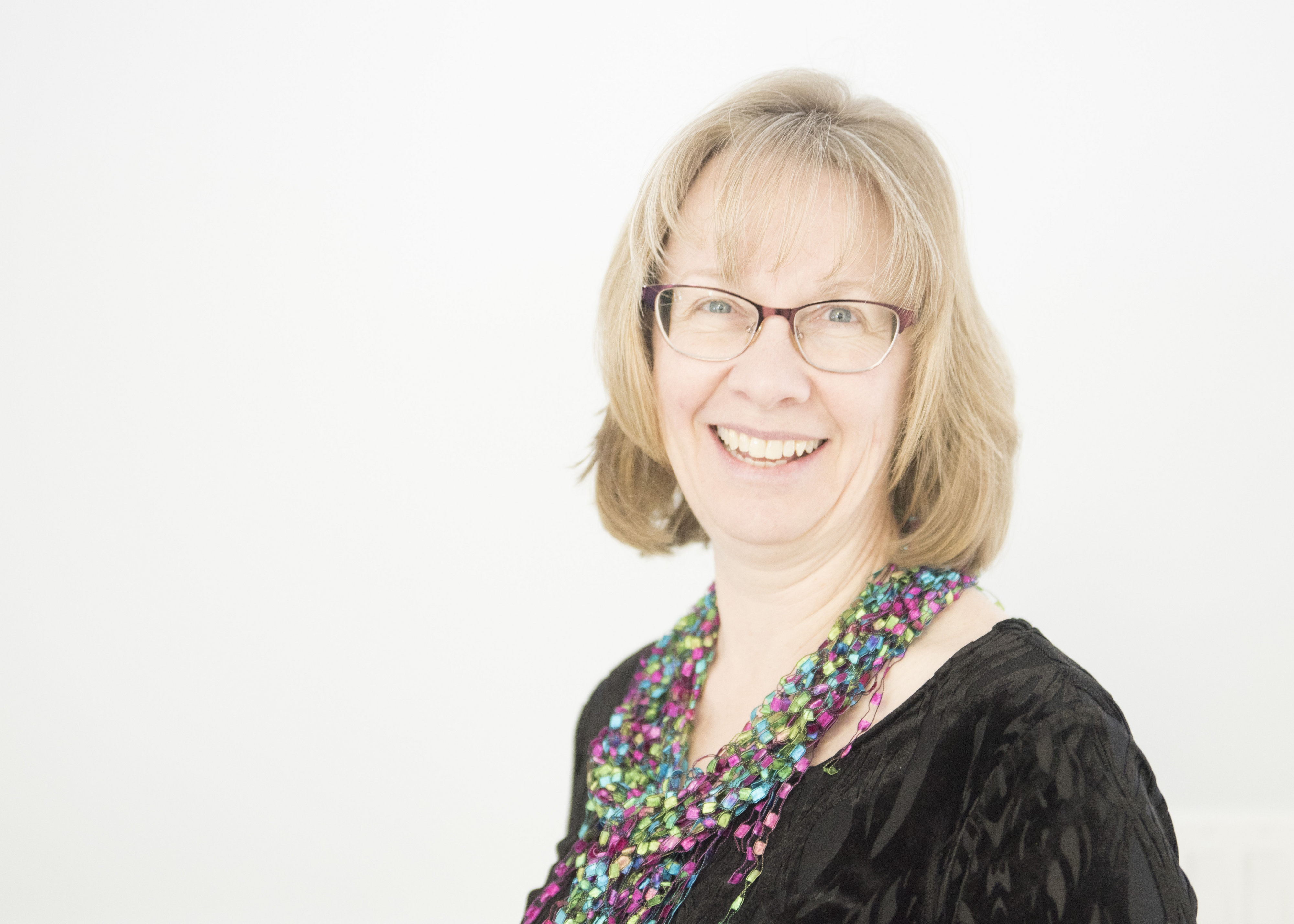 It was wonderful to spend 17 of those years with you!

In that time, I saw babies grow up and teenagers mature into adults. So many of those people have gone on to missions and ministry! Grace church has played a wonderful role in raising and sending so many ministers and missionaries. God is faithful!

May God bless Pastor Dan MacKinnon and Pastor Jonathan Dent, with whom I worked at Grace. God used you both to willingly lead, teach, and preach the gospel! 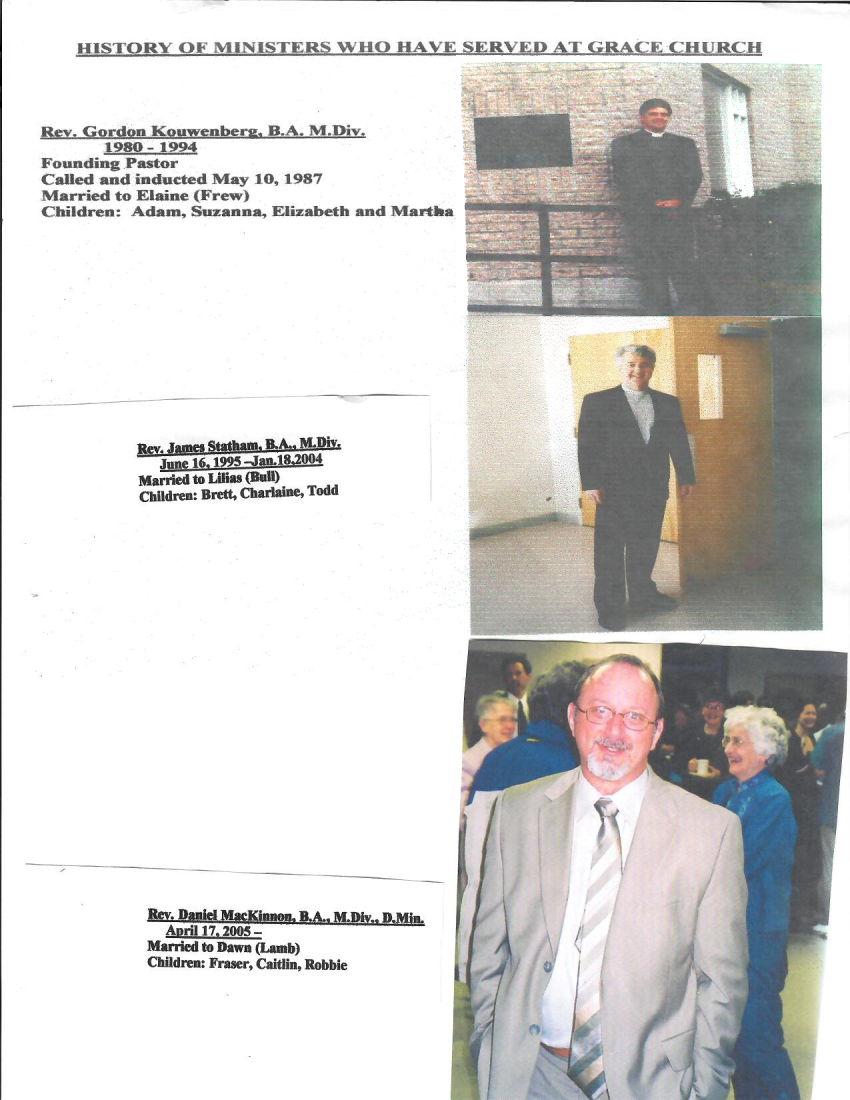 May God also bless the office administrators with whom I worked:  Shirley Allen, Cheryl Tofflemire and Arlene Lamadeleine. You were (are) all so hard-working and so helpful! Thanks!

There were many weddings and funerals to which I added music at Grace. Many faithful members of Grace, and of Christ’s kingdom, have gone on to glory and we miss them all. Many children of Grace are now married and have children of their own, and for that we give God thanks.

God’s blessings on all the musicians - so many musical people! - choir, teams and orchestra. Thank you all for your devoted volunteer service to the church and to the Lord!

God’s blessings and loving care for all the children, who have likely already changed since I left. “Hi!” from Miss Connie!

God’s blessings on Kevin Russell! God be with you and all the musicians as you continue in many more years of musical praise and worship! “God go with each one of you, keep you safe and healthy, bring you back to worship together again and hold you in the hollow of His hand.”

We are all looking forward to a post-covid time of restoration and renewal in our churches, and we pray that comes soon!

God bless you as a church and God bless your leadership. God be with you all and guide you in your future as a congregation!